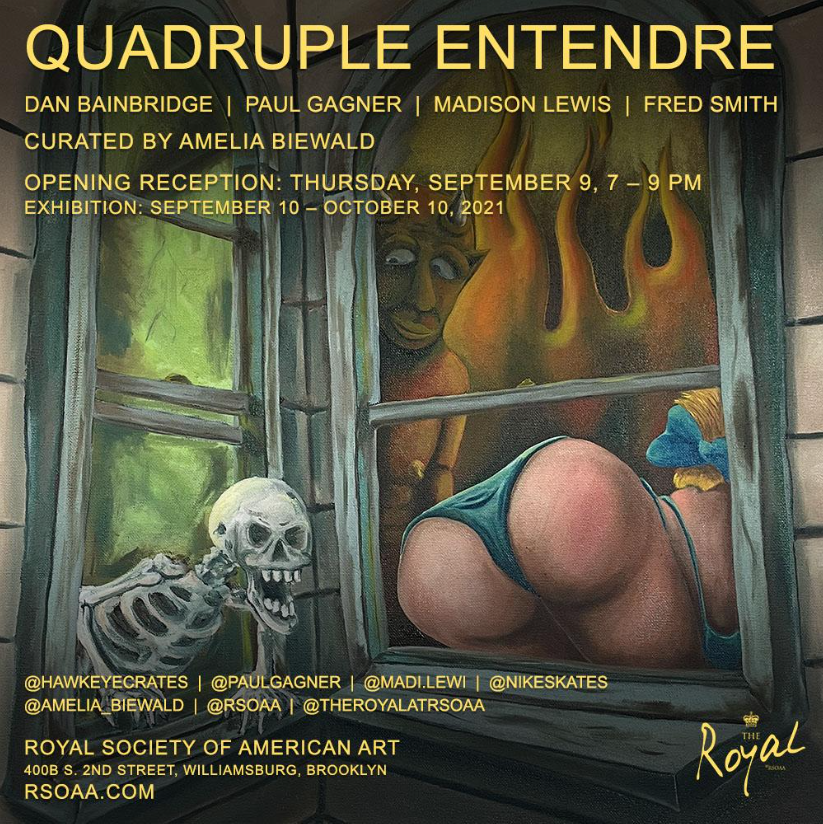 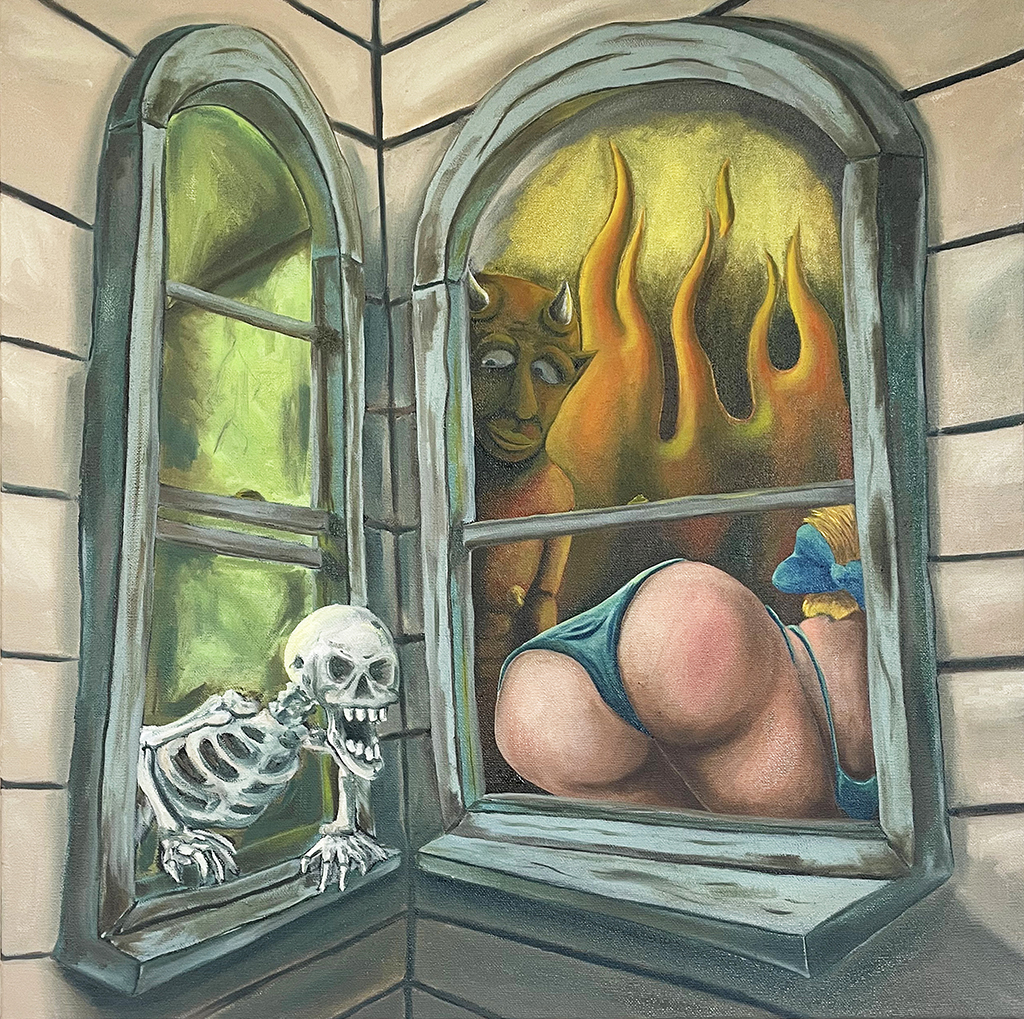 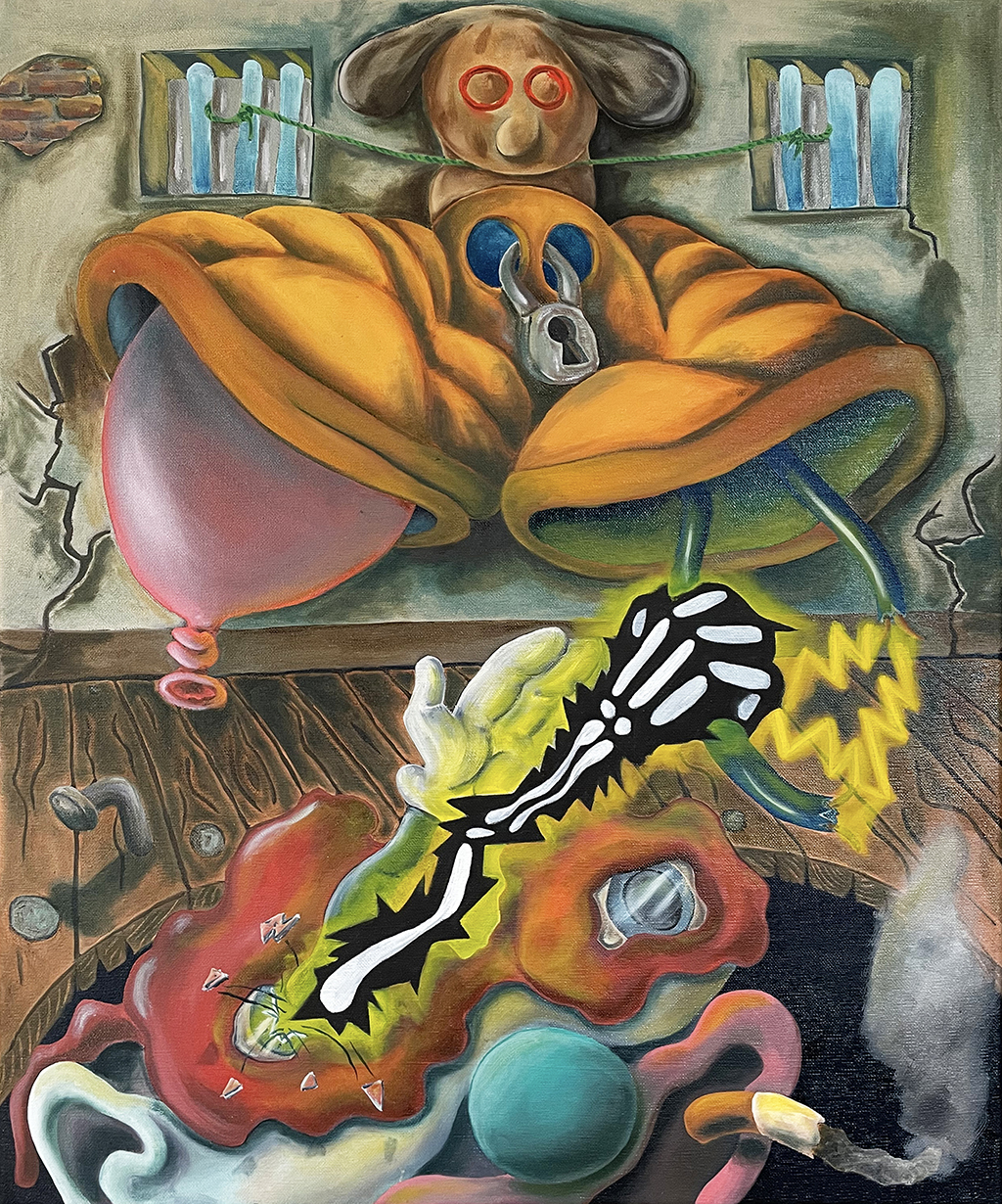 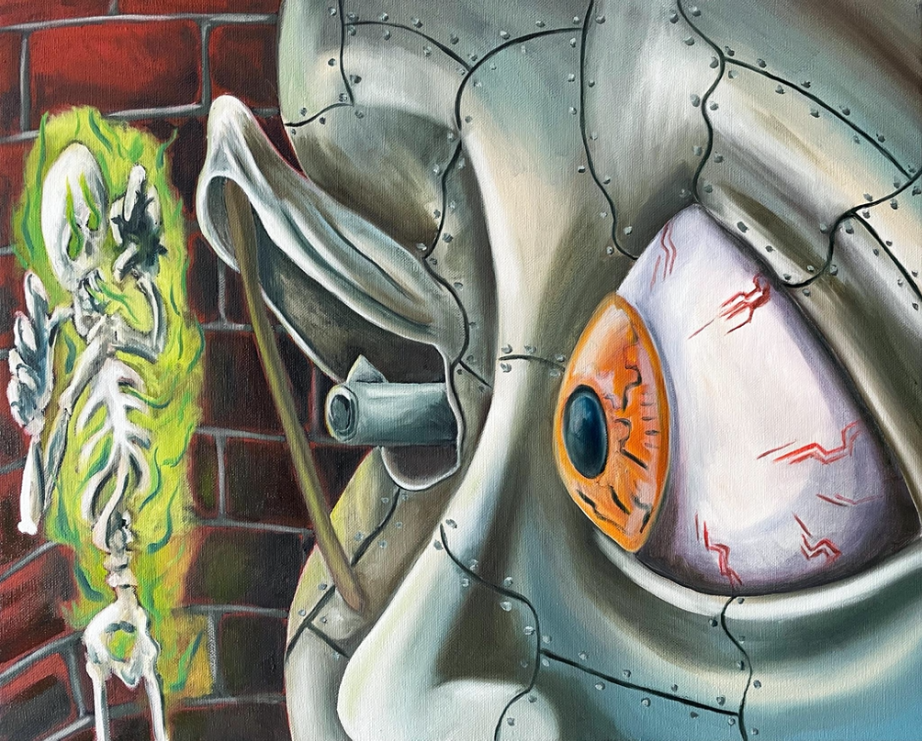 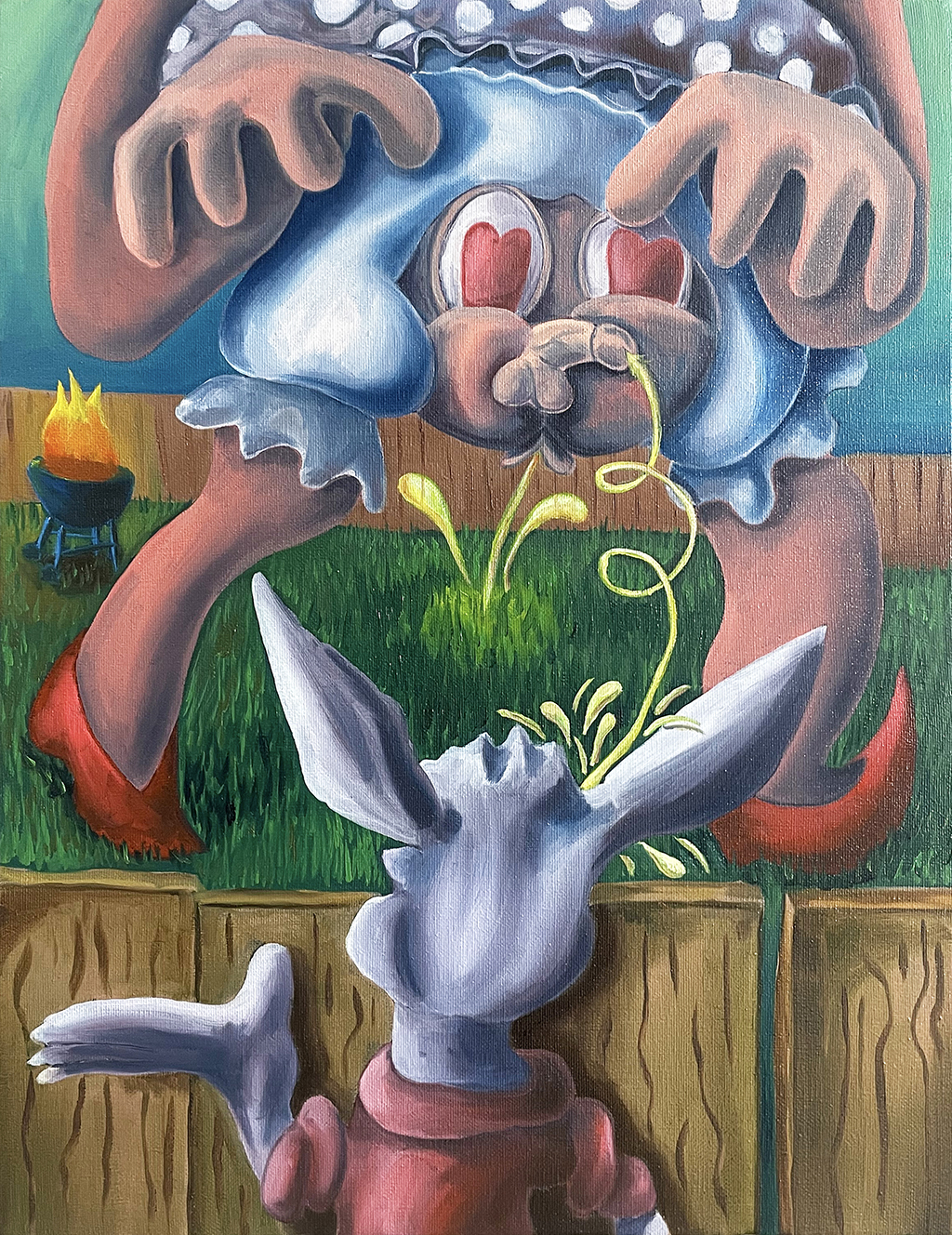 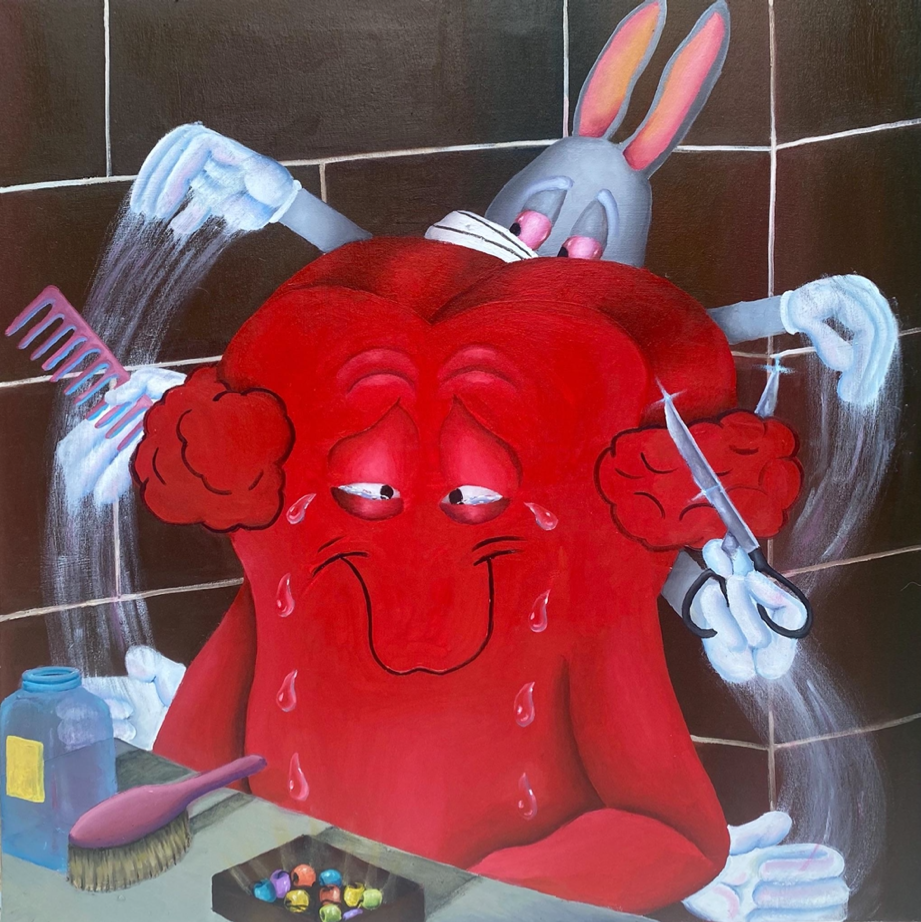 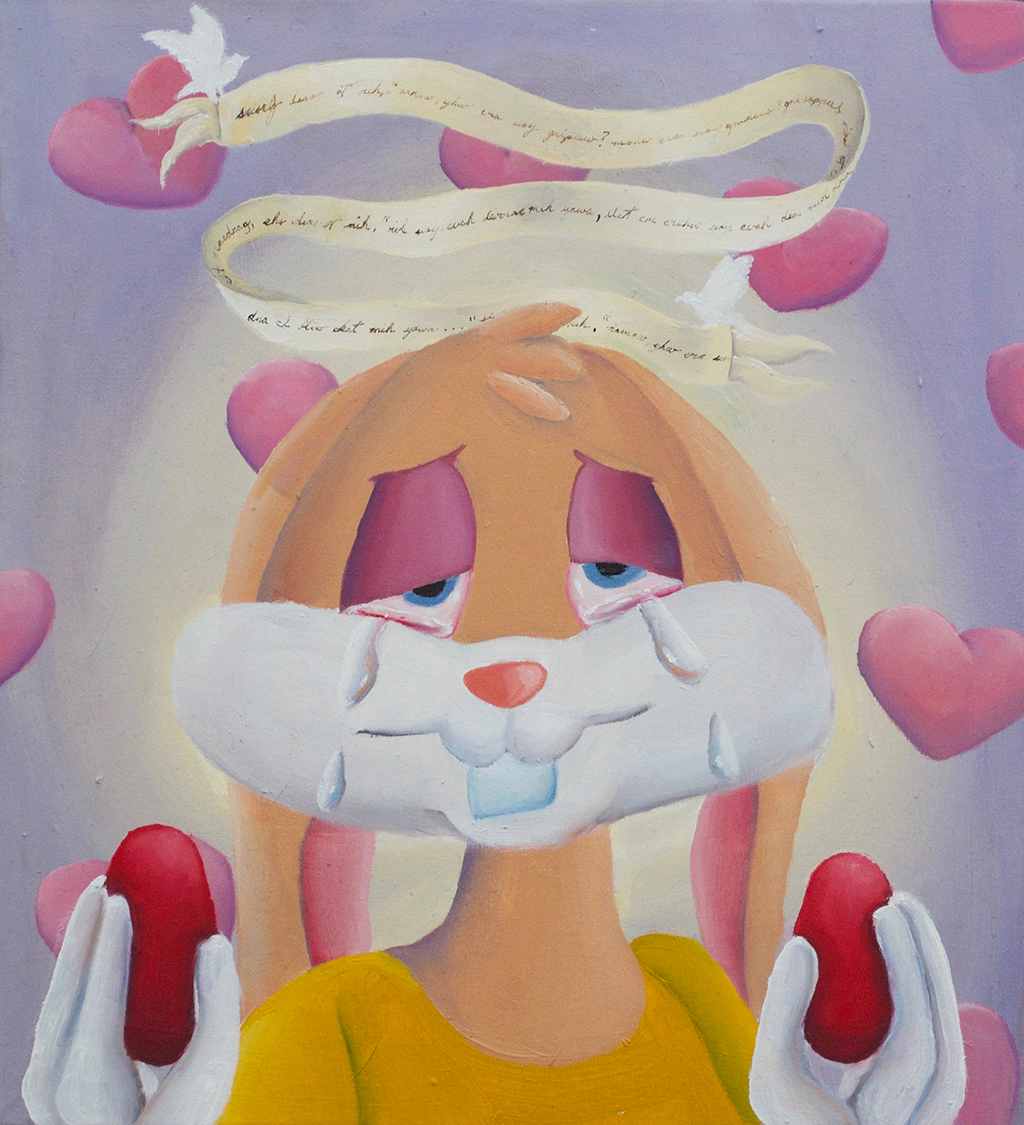 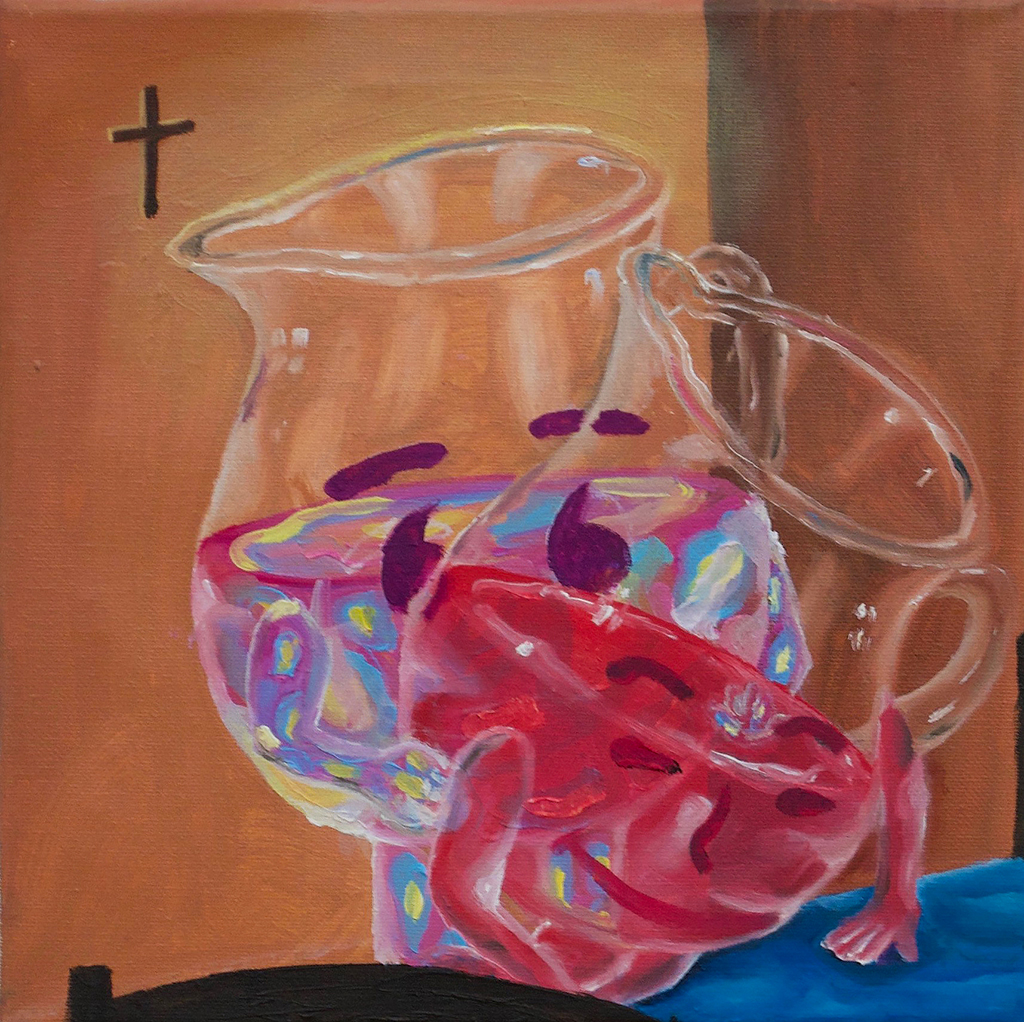 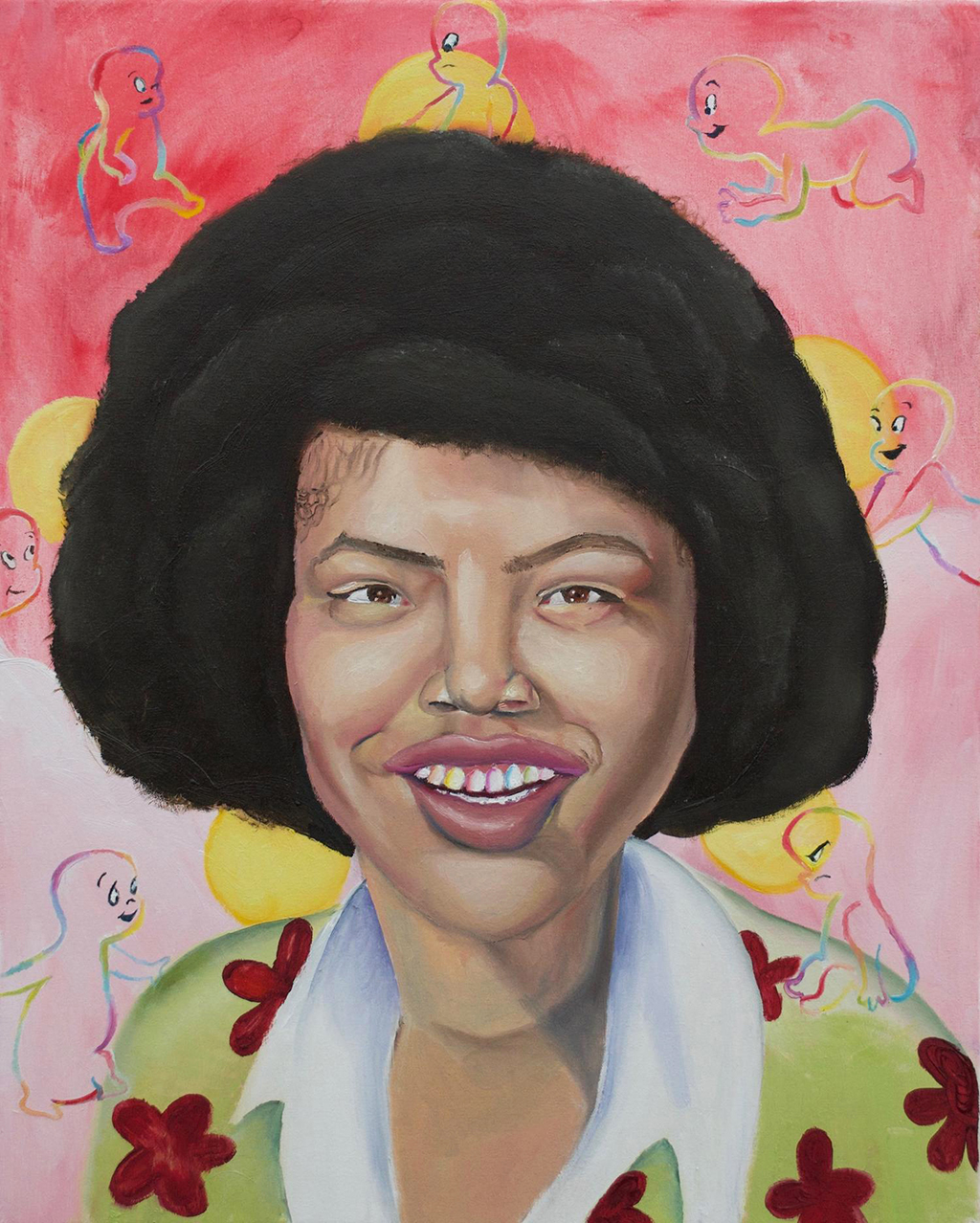 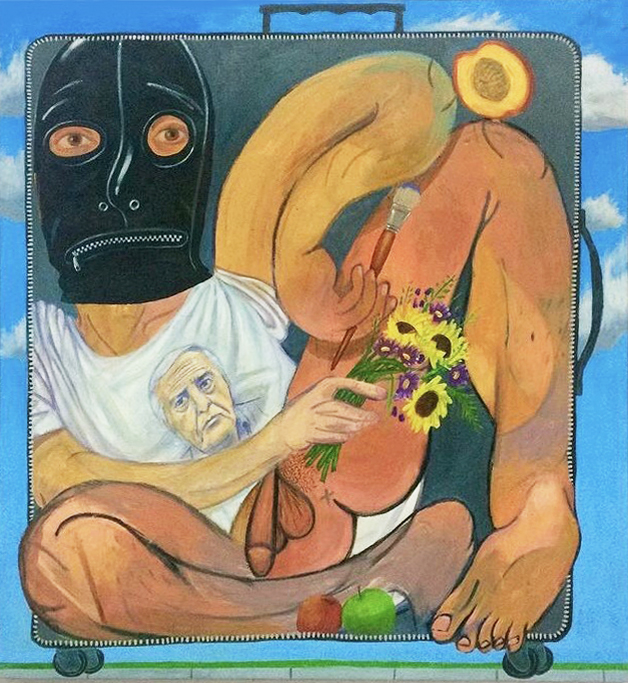 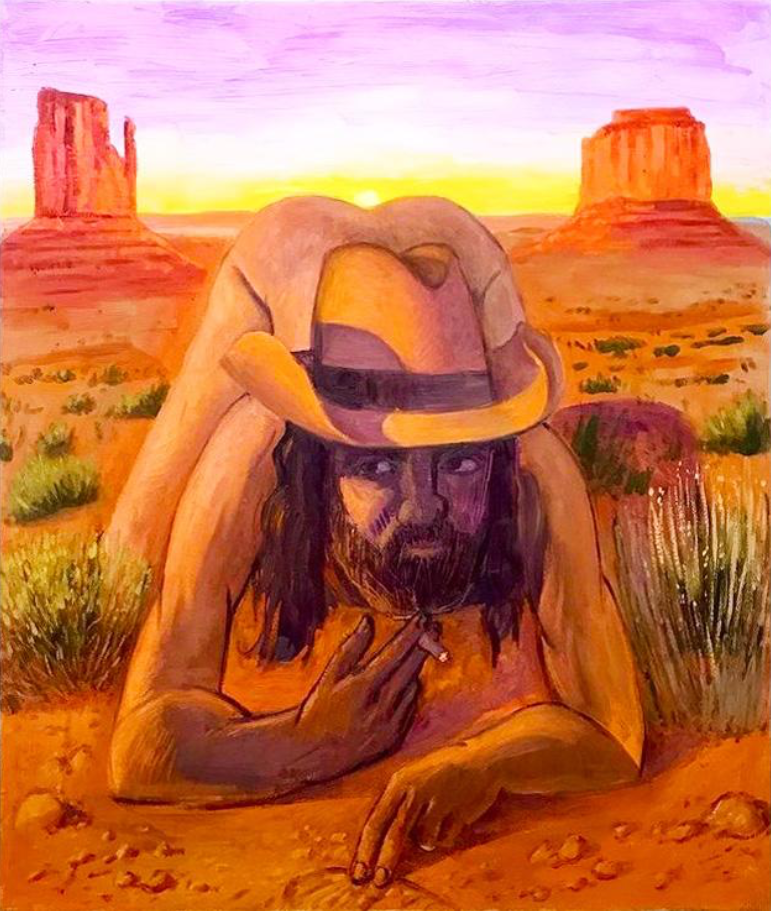 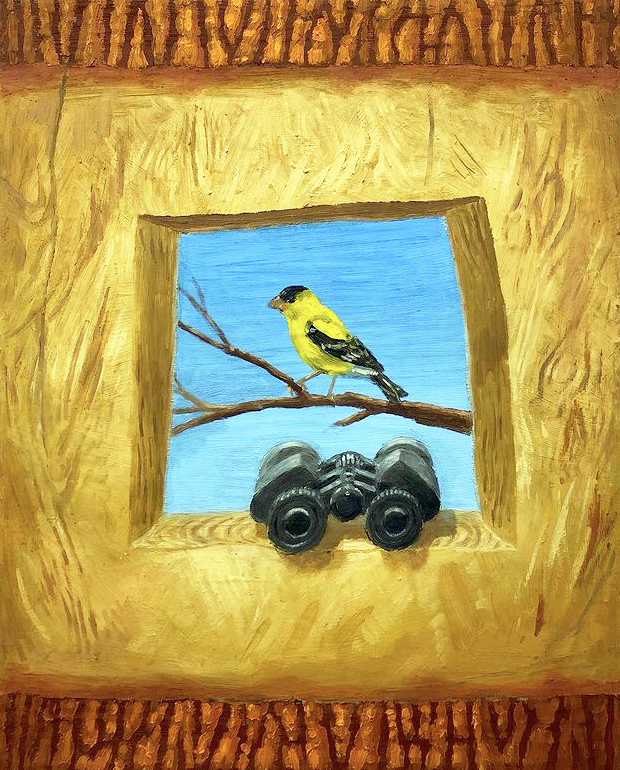 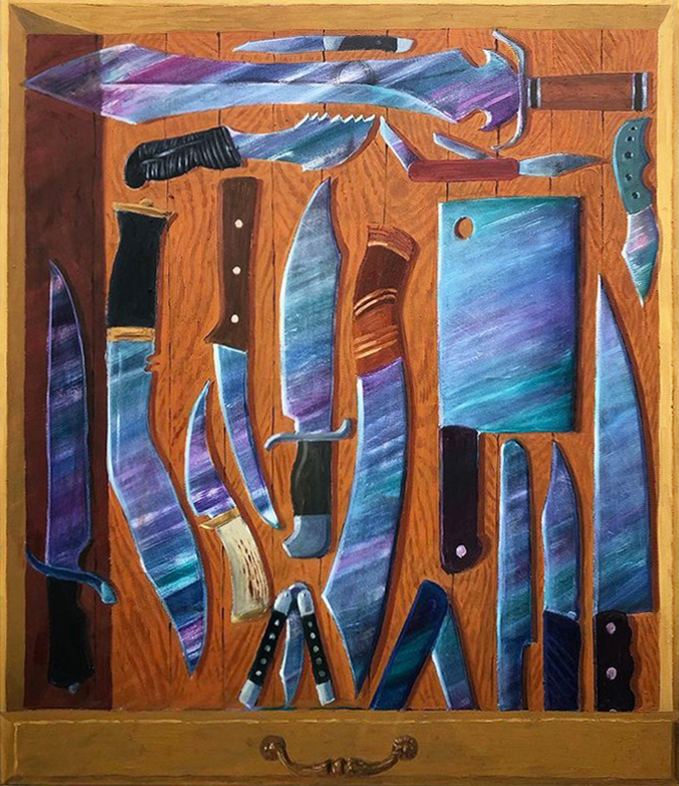 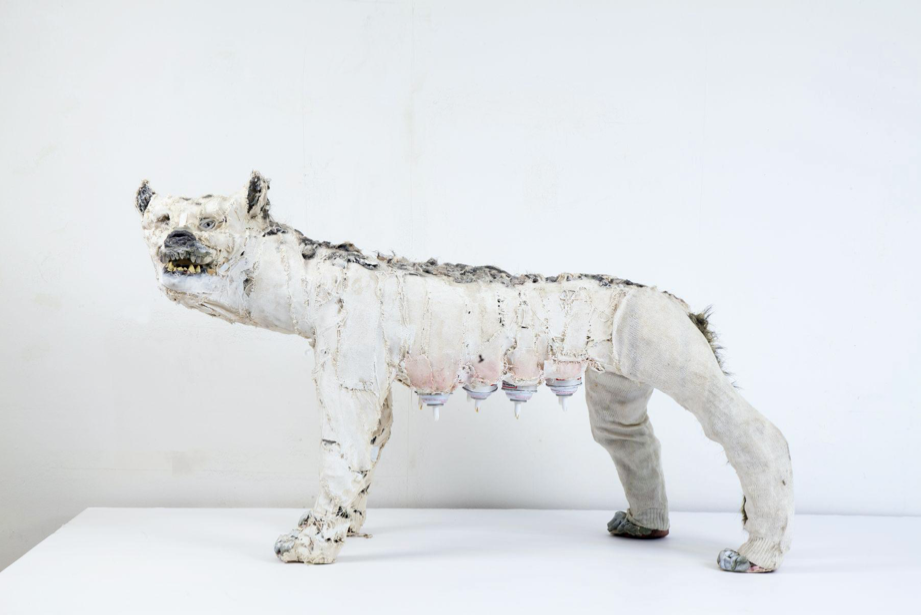 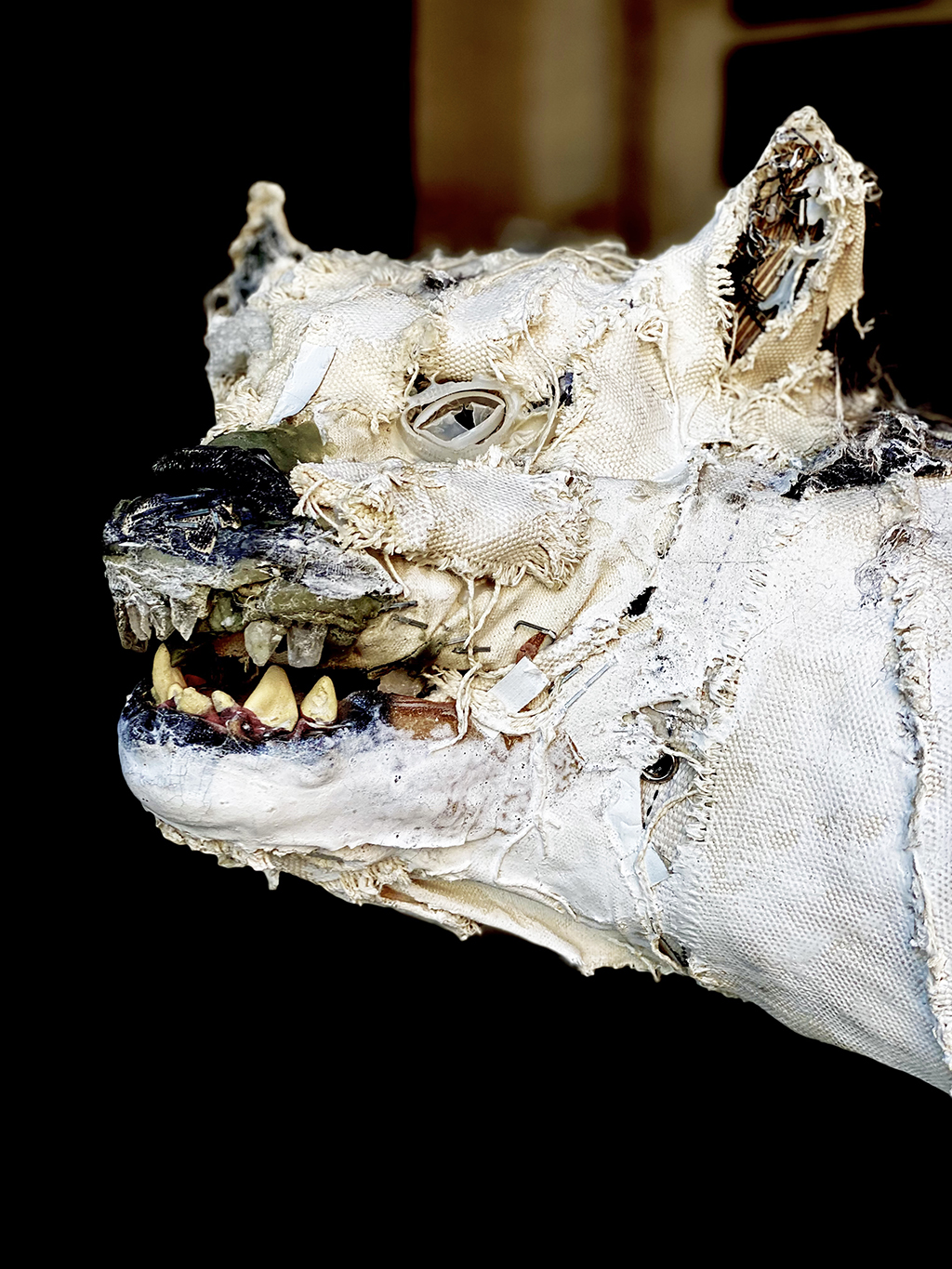 These artists’ works are self-reflective, and hint at a certain level of anxiety felt by us all during the last two years. As we gaze into ourselves and investigate, while being bombarded by endless salvos of political and social media, we wonder. We wonder if we can hack it. How do we identify as ourselves and as artists? Influenced by memes of popular culture, religion, myth, fantasy, ridiculous and unlikely situations, the humor arises from a subversion of the viewers’ expectations, and is based upon the work’s unpredictability.

These artists explore their place in contemporary society with whimsy and skeptical humor, referencing strangely familiar character types, scenes, symbols and narratives. Their subjects, interiors and landscapes have an alluring or seductive quality; they entrance us with lush color and intriguing compositions, but ultimately prove to be somewhat dystopian. They hint at an air of menace, like someone lurking in the shadows.

In selecting these works, I was reminded of George Herriman’s influential comic strip from the early 20th century, Krazy Kat. The first of its form to merit serious attention from the fine art world, Herriman and his playful coterie of characters constantly upended conventions and even pushed at the structural boundaries of the page itself, as if his subjects were trying to break out of their two-dimensional, meta-fictional space.

Quadruple Entendre’s absurdist paintings and sculptural works joust with societal norms and conventions, and create visual tragicomedies. Humorous aspects and idiosyncrasies buffer the hard edges a little and let us explore with a tongue in cheek, and a smile.