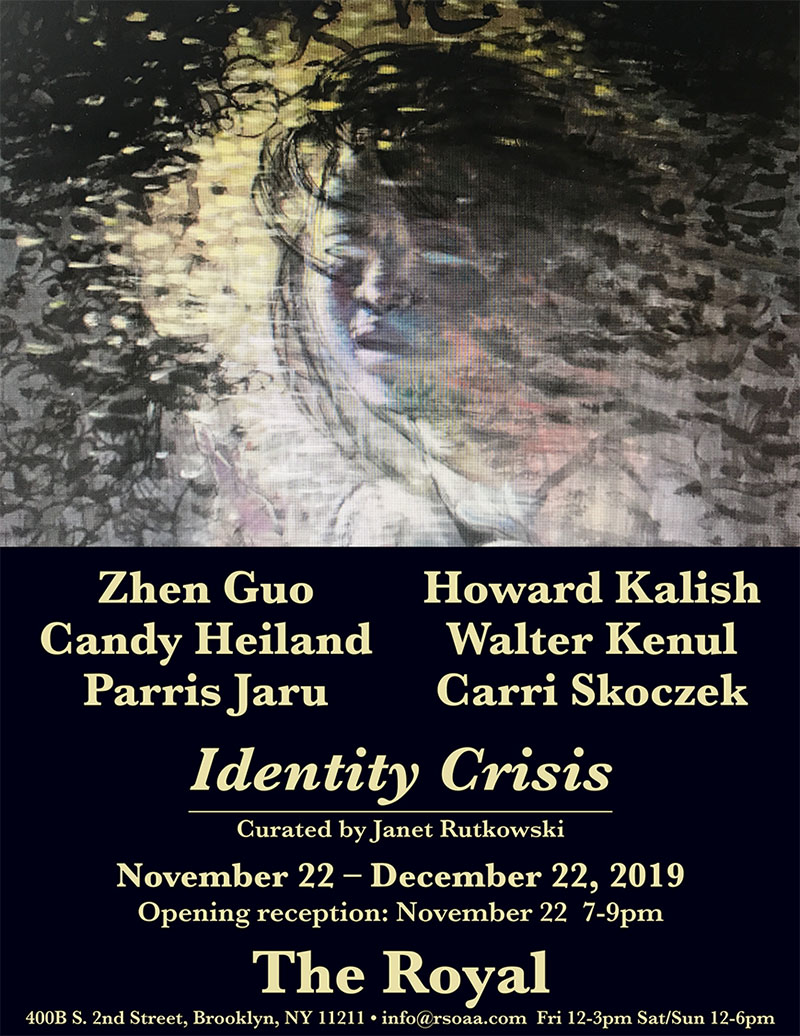 There is a theory that speaks of four interconnecting factors of the identity relating to its outcome. One definition states that the crisis of identity represents the struggle to find a balance between developing a uniqueness while still being accepted and fitting into society. Contrary to popular belief, this can happen at any stage of life, childhood, adolescence, and adult. This is strangely connected to the metaphysical. As one deals with obstacles without resistance, the soul or spirit raises up a level in the spiral of being. A new phase of life and energy begins.

Walter Kenul’s “The Goddess” shows us a beautiful woman. Perhaps she was a famous movie star fallen out of favor. Her head is now consumed by flames. Will she burn to the ground to become dust, or like the proverbial Phoenix, will she rise from her ashes in full blazing glory? “Wind” from the series, “My Heart is Red” by Zhen Guo depicts a young woman’s face in a state of transmutation. It appears that the molecules are in motion and breaking away from her facial structure. Is she losing her sanity, or is she merely freeing her mind of unwanted and negative emotions? “Elsewhere” by Parris Jaru shows us how the creative mind solves the conflict. Jaru’s alligator figures aren’t threatening, but aligned with the figures in this painting. The lines with hooks are transparent and not piercing flesh. Through the process of creation, the artist has transformed their demons thus resolving the struggle. “This is Not Happening” is Carri Skoczek’s spin on the indecisive. In the phase called “Moratorium”, the identity has placed a hold on making major decisions. As long as they don’t stay there forever, they simply need more time or perhaps the chance to continue their exploration before they’re forced to make a choice. Isn’t this is a good thing? Although Candy Heiland felt her work was not created with this idea in mind, these Coney Island inspired drawings portray questionable identities. One piece entitled “Jerry”, is a very edgy character indeed who exudes a mysterious past. Howard Kalish also felt similar, but his sculptures are dark with undetermined features. They are brooding and complex. “In Memorandum”, two biomorphic forms seem to be crying or oozing a red lava like substance. This seems to give the feeling of non-identity and perhaps loneliness—It is left to you to determine.