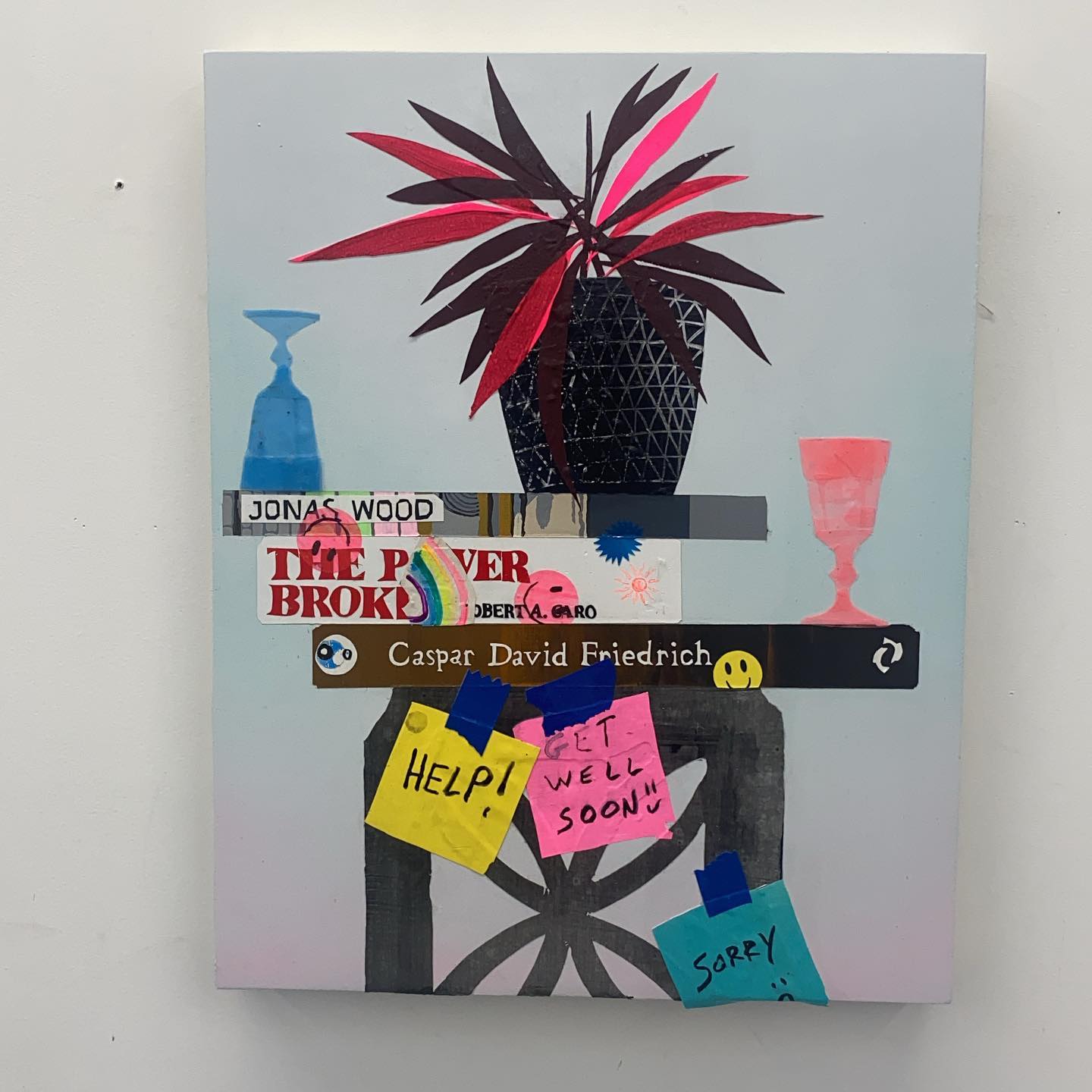 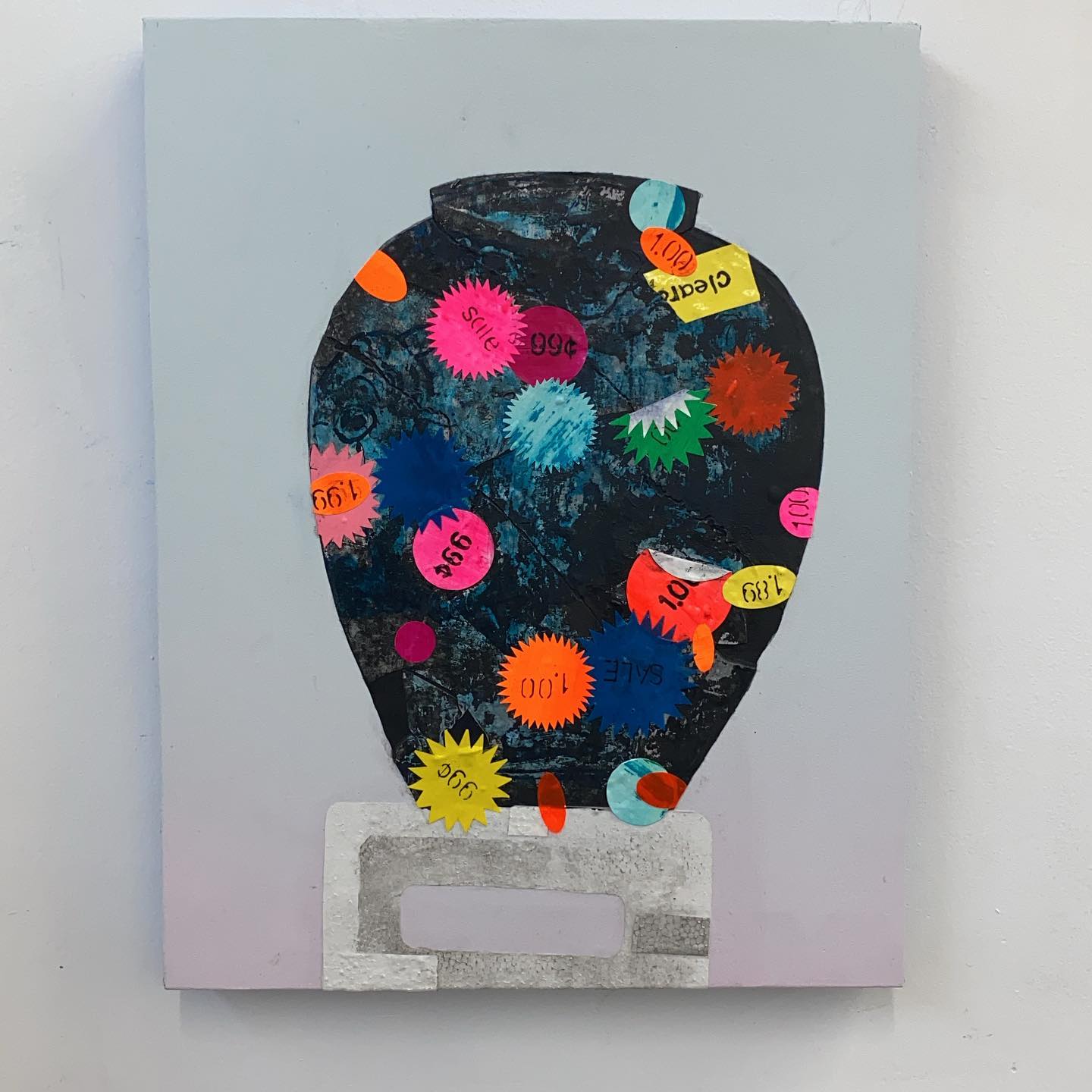 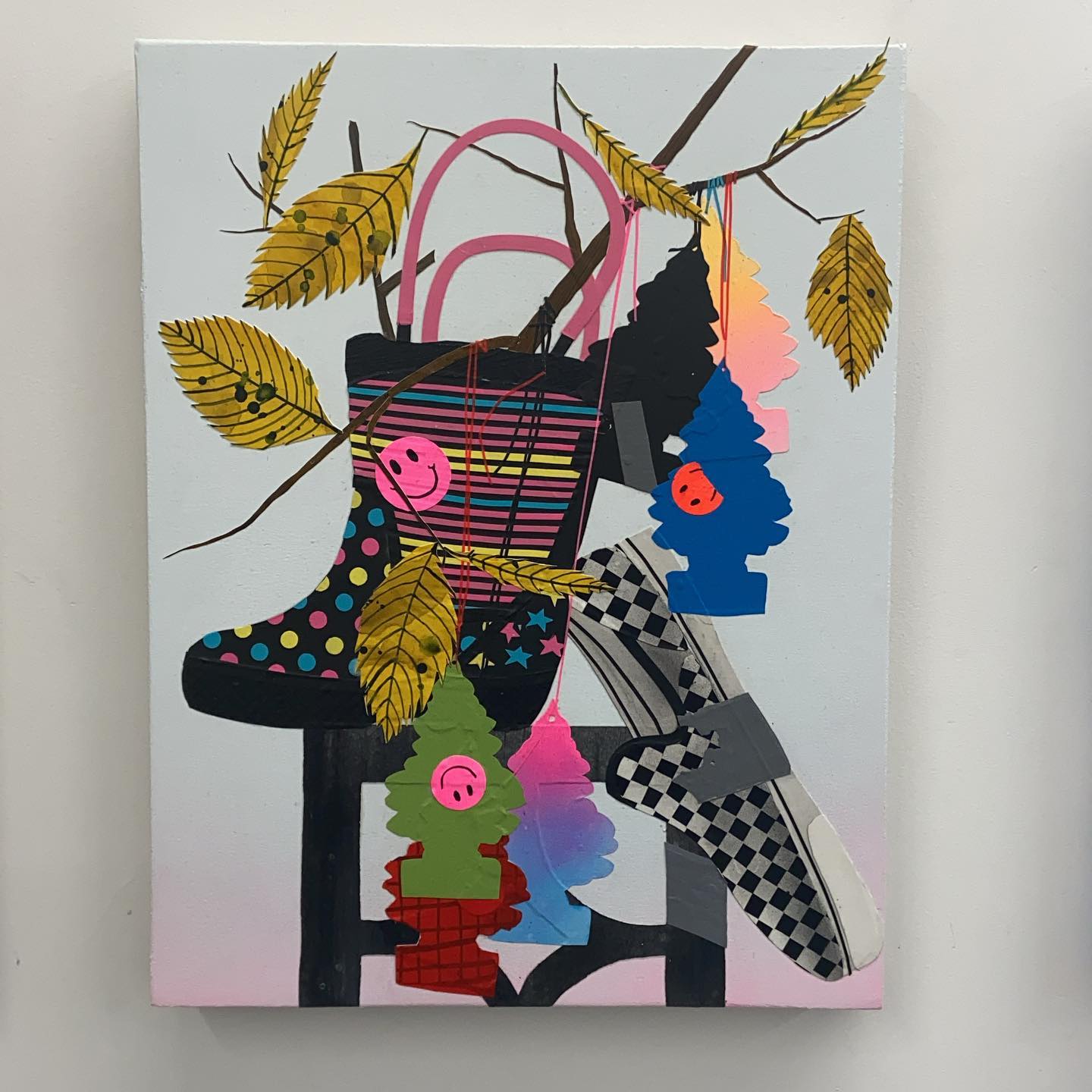 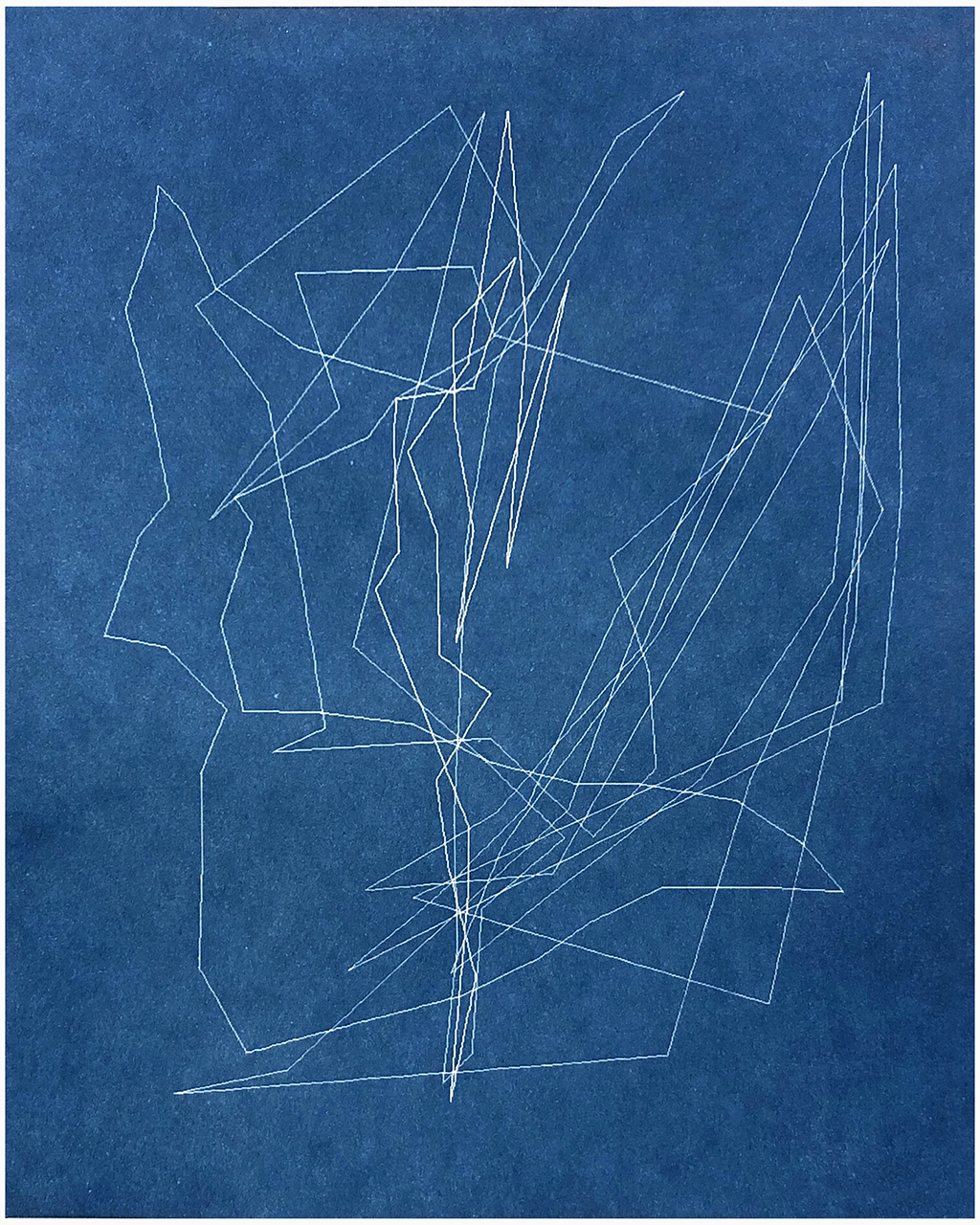 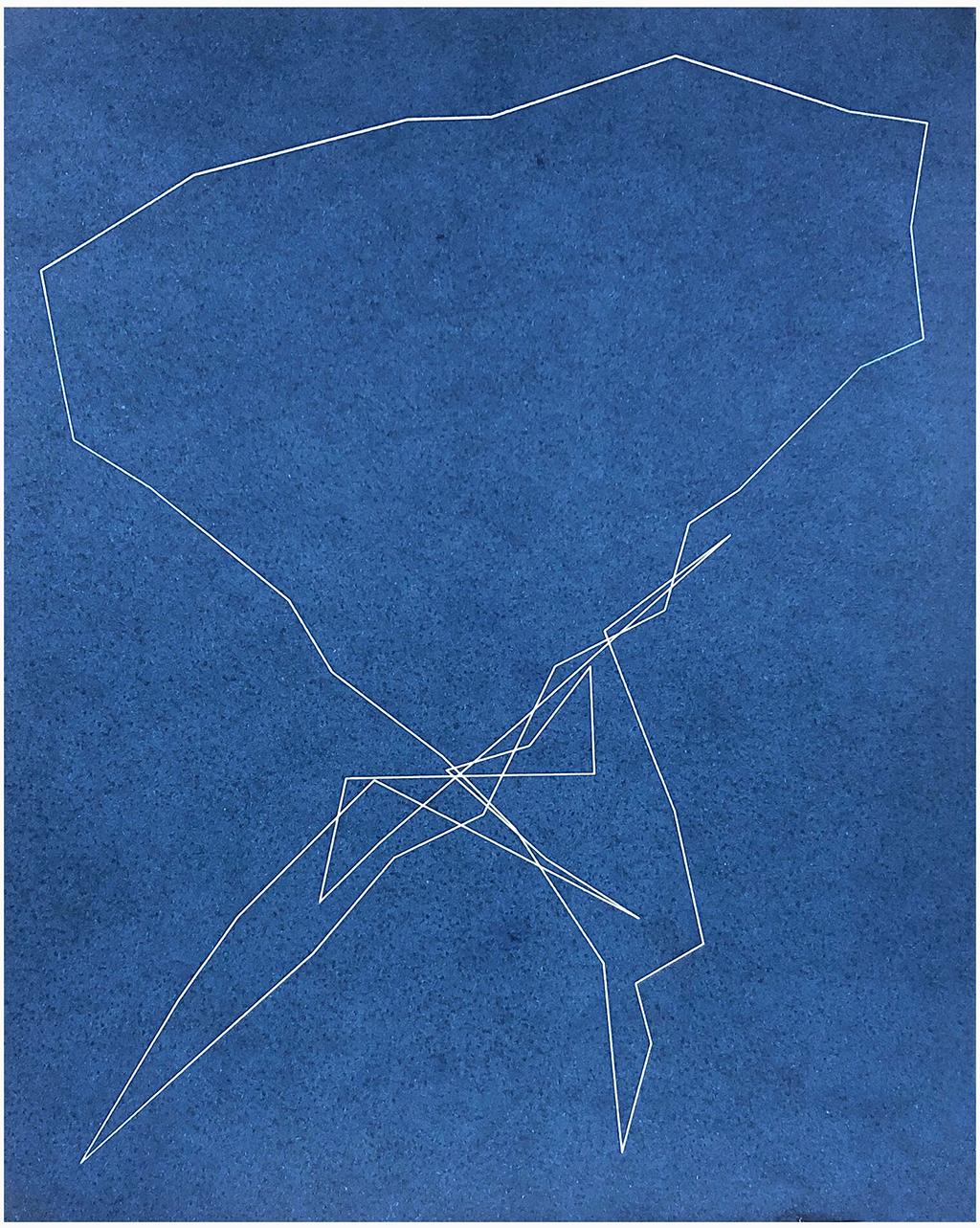 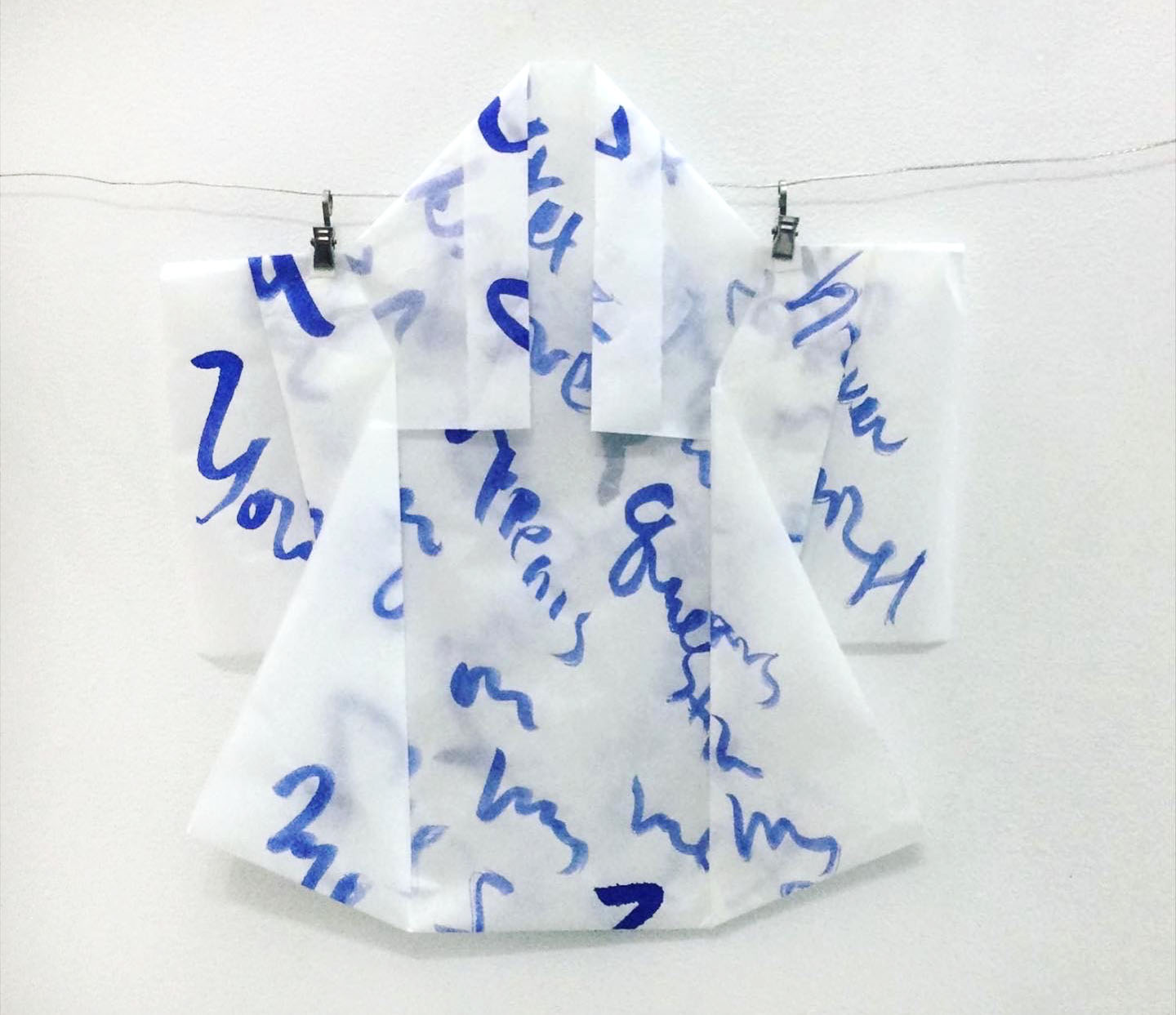 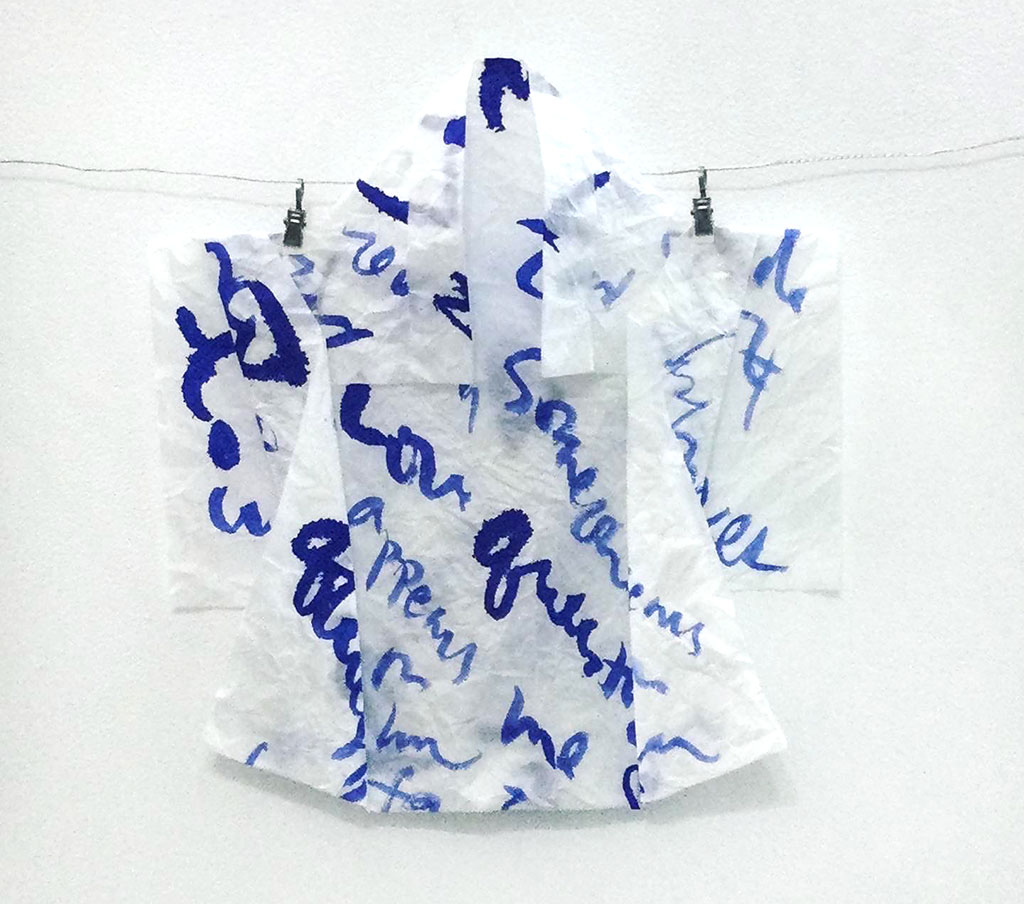 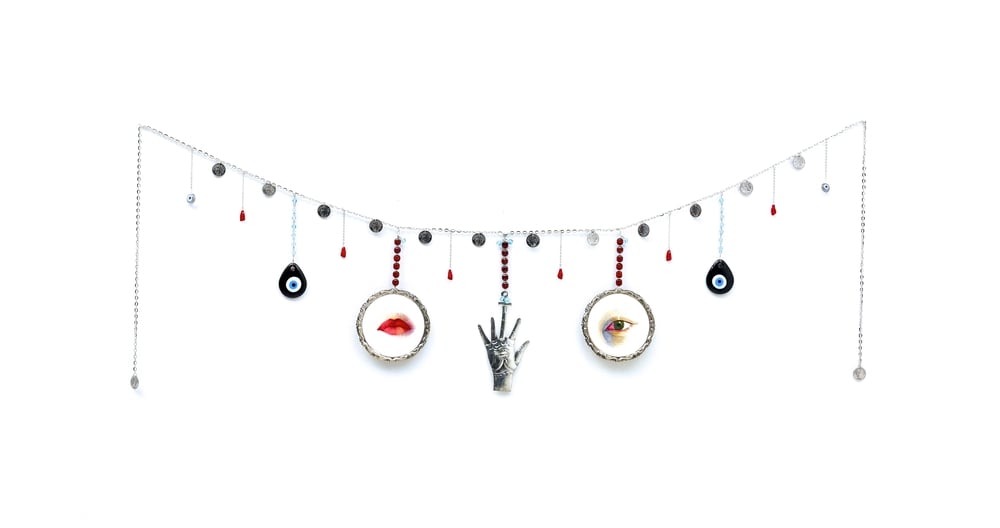 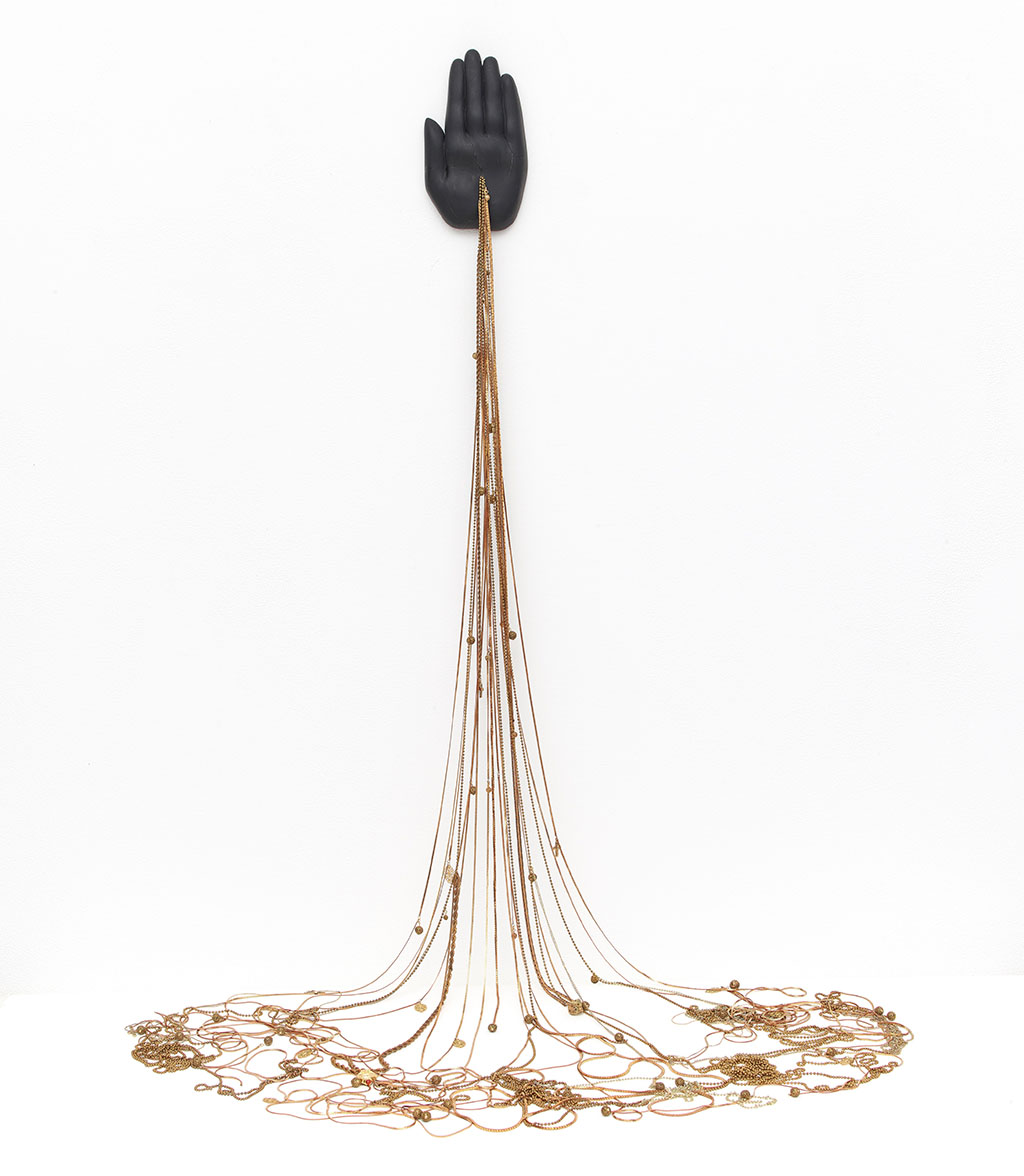 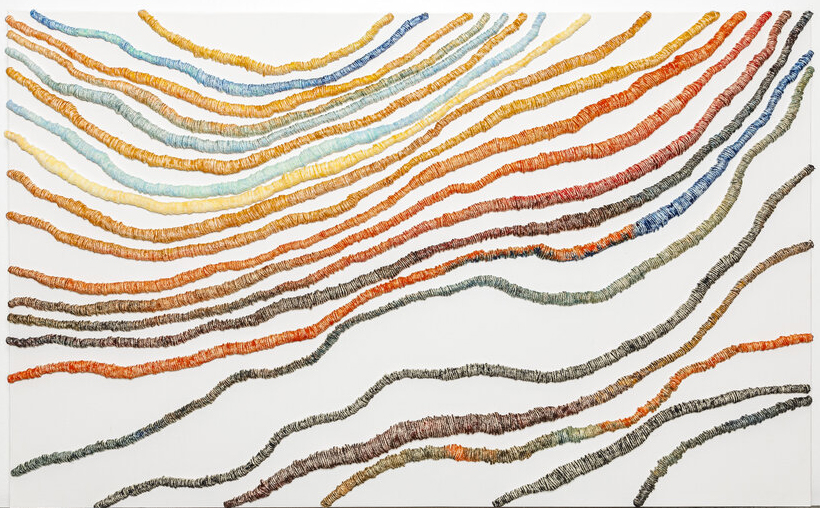 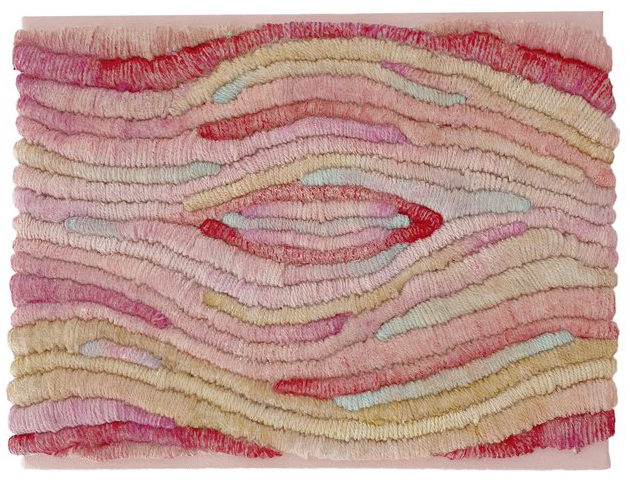 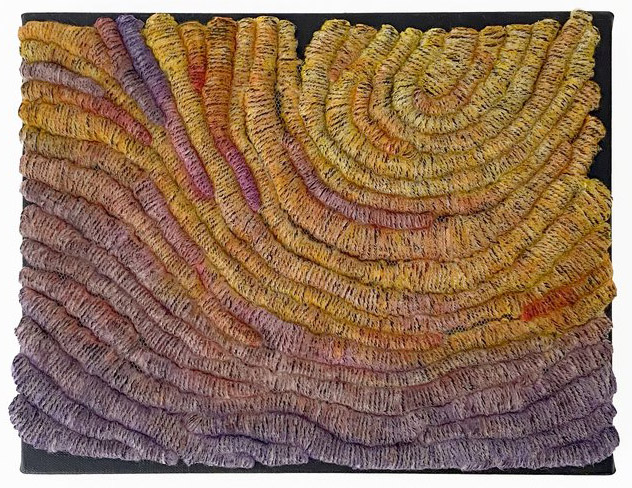 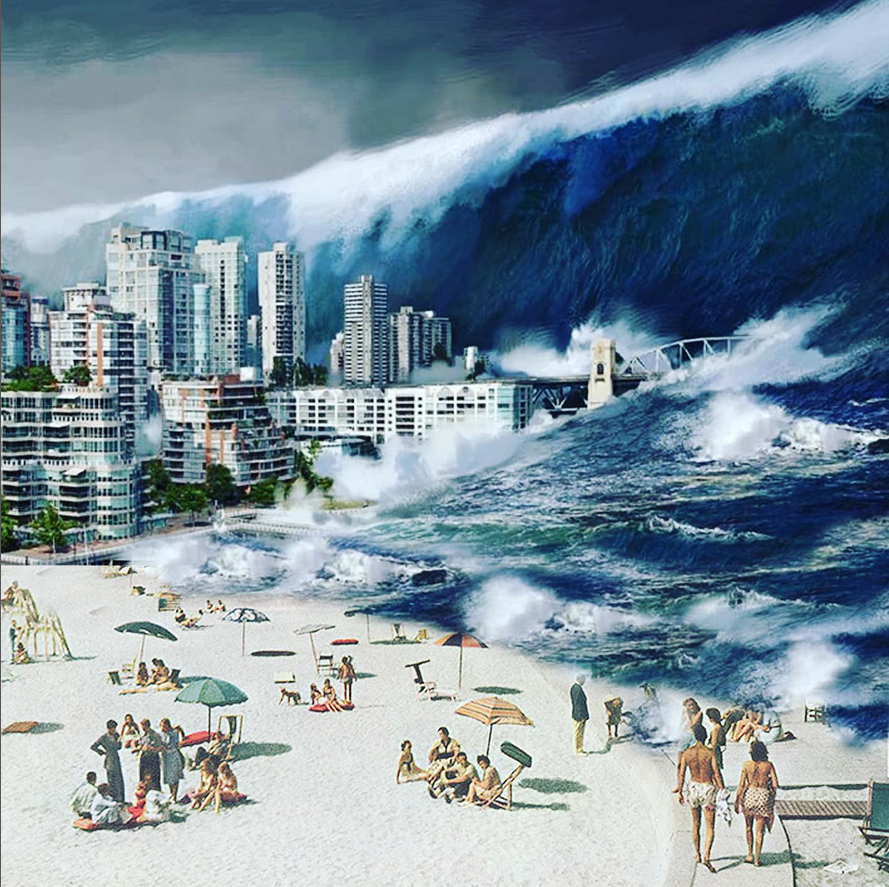 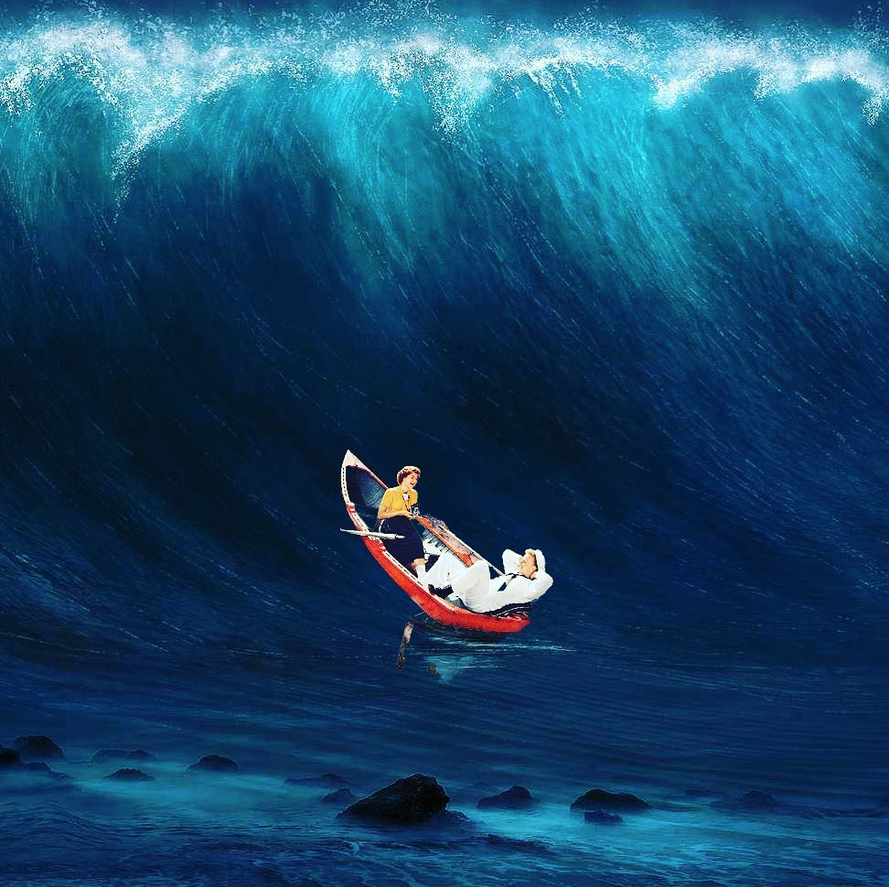 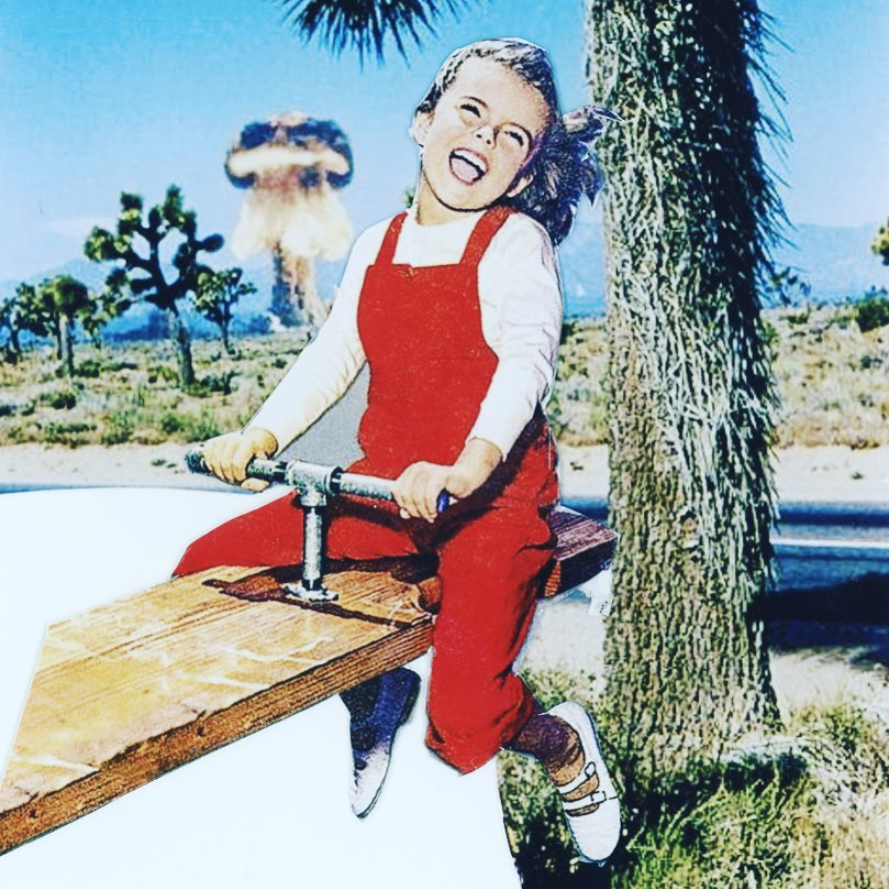 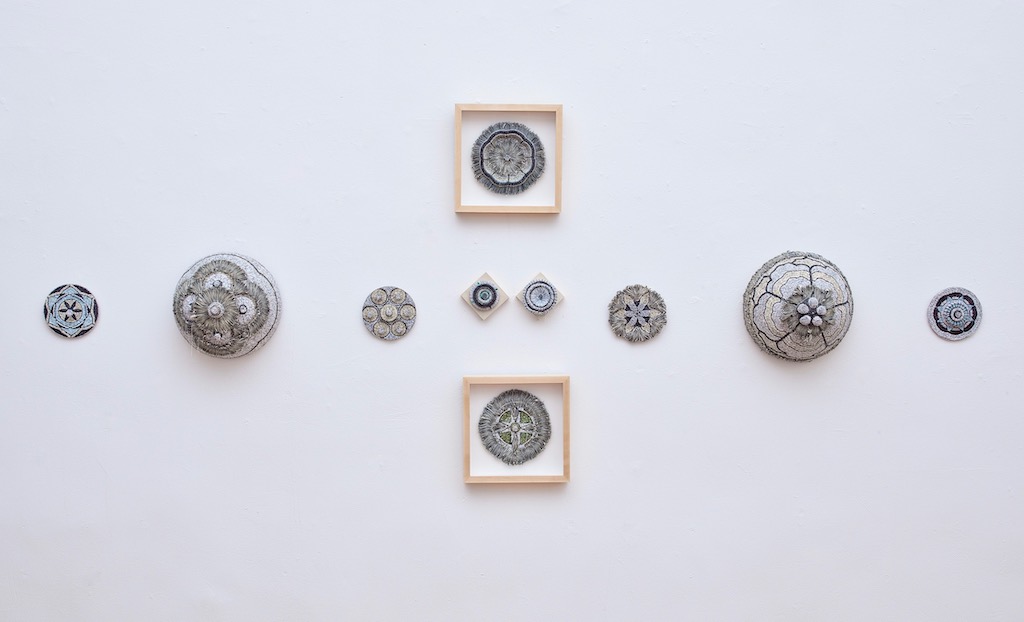 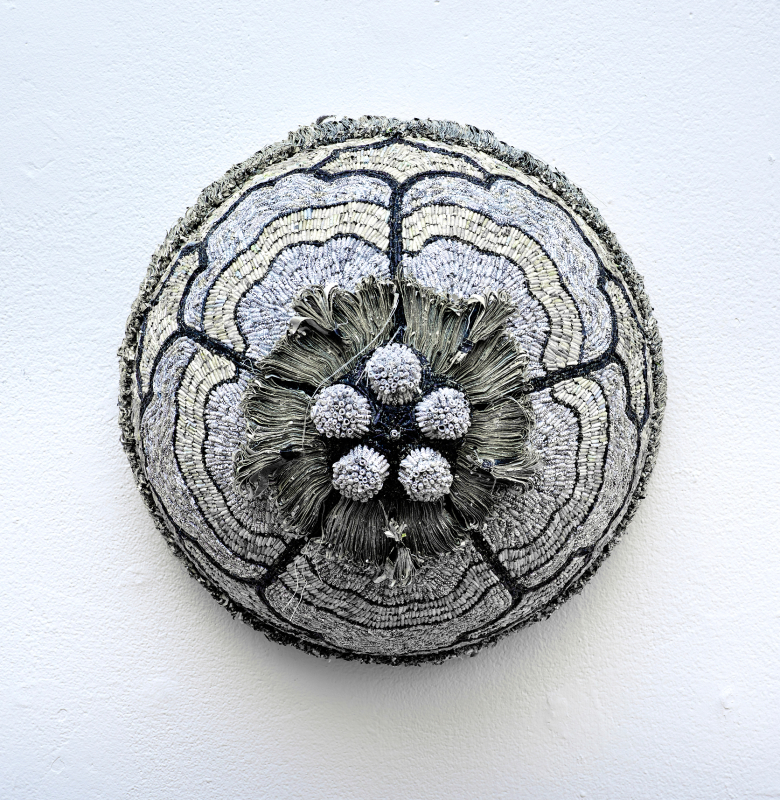 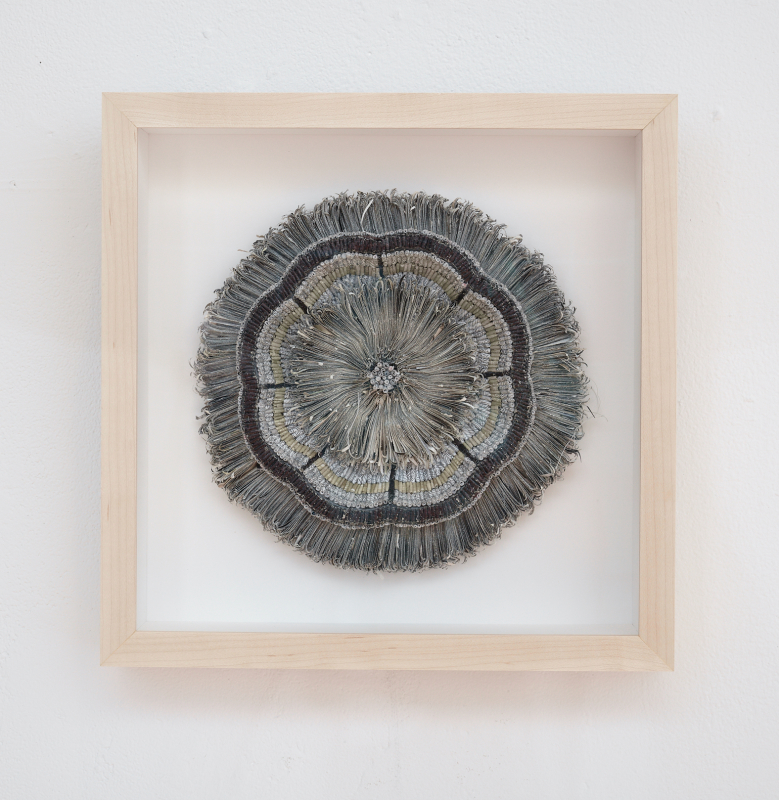 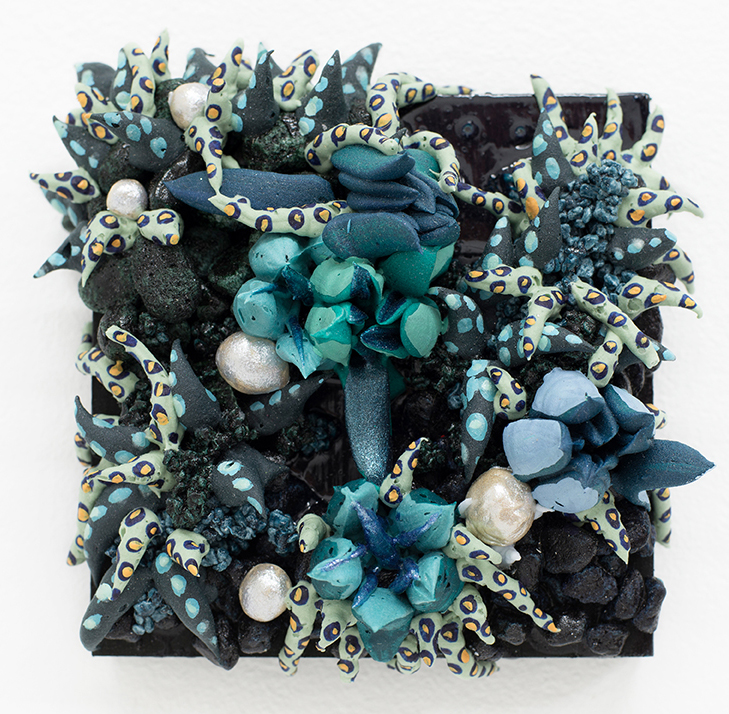 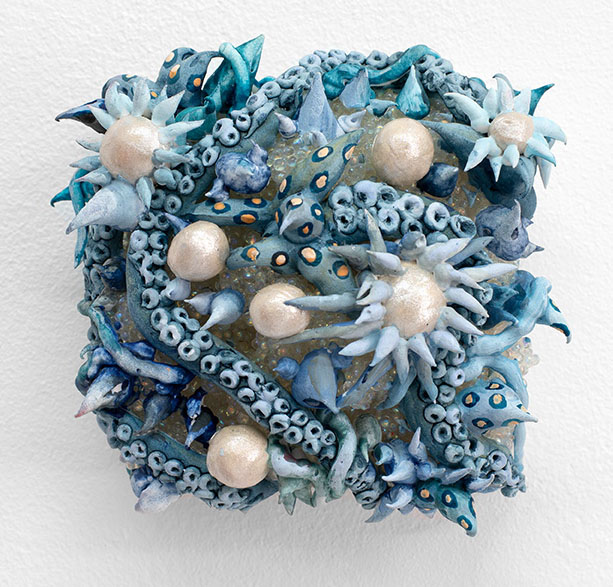 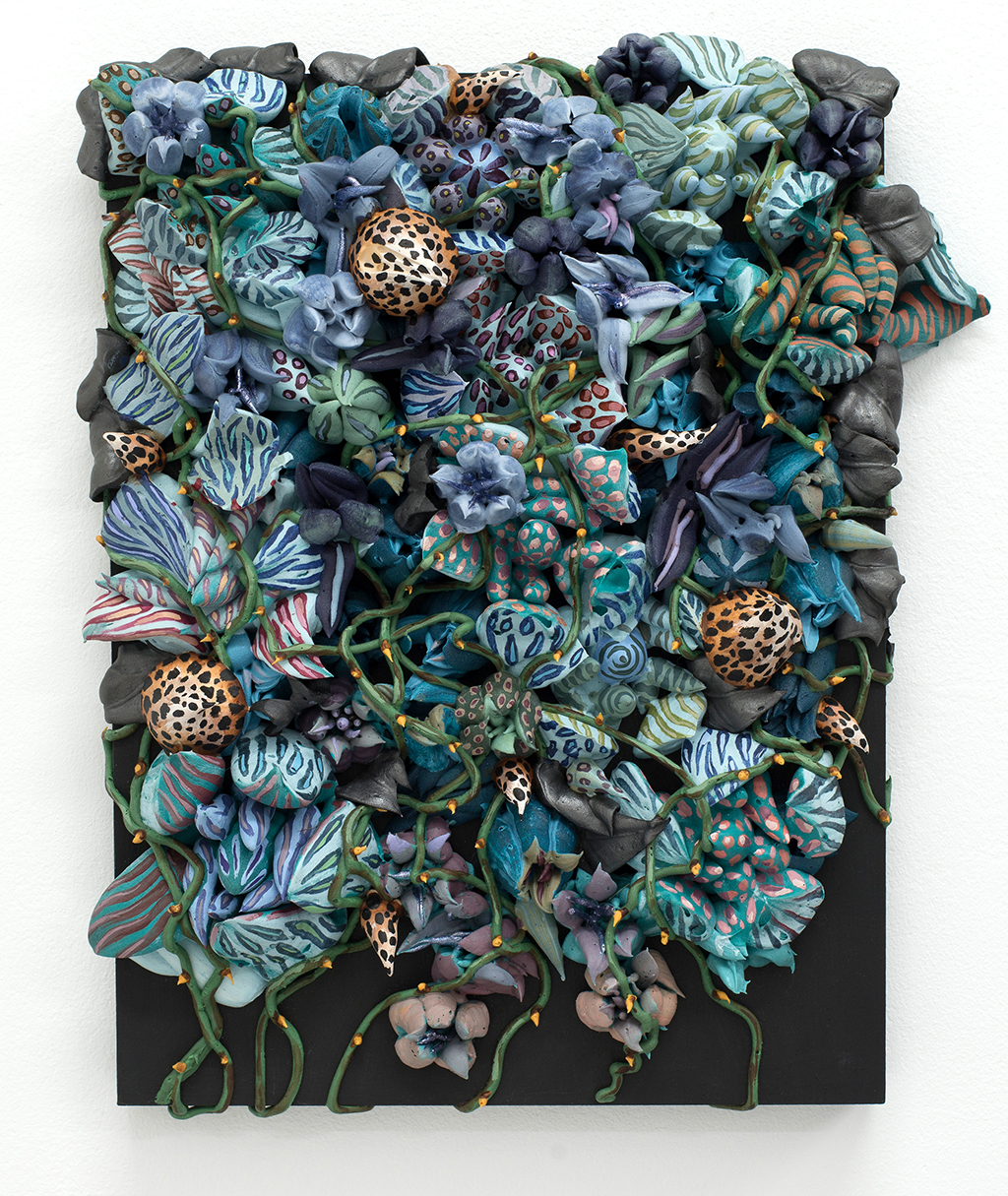 Beyond the Horizon is a conceptual exploration about pushing the limits of what traditional landscape can be. Most of the works have been created specifically for the show and have a common theme of water and the ocean.

Erik Benson builds meticulous layers to create paintings about urban/recycled accumulation. Chris Coffin captures his line drawings by using GPS to track his progress when he swims. Each of the cino-types are a record of his performances. Sato Yamamoto is installing beautifully hand made small origami kimono’s on a horizontal cloths line – as if putting them out to dry. Esperanza Cortez’s draped chain installation uses symbolic Colombian imagery to evoke mystical strength and power. Ami Park is presenting a new wall installation by weaving yarn into textured rope that is reminiscent of a sunset landscape. Kristen Schiele’s yachts explore color and shapes to create vibrant silhouettes as if floating on the horizon. Sam Heydt’s collage prints juxtapose vintage ads into environmental and man made disasters. David Opdyke uses vintage postcards that are often over 100 years old to decontextualize both the location and photo into something new and unexpected. Jaynie Crimmins works are painstakingly created by rolling and placing paper to create evocative orbs. Seren Morley uses dramatic texture and shape to build an underwater kaleidoscope in each of her paintings.

The true horizon is a theoretical line, which can only be observed to any degree of accuracy when it lies along a relatively smooth surface such as that of Earth’s oceans. At many locations, this line is obscured by terrain, and on Earth it can also be obscured by life forms such as trees and/or human constructs such as buildings. The resulting intersection of such obstructions with the sky is called the visible horizon. On Earth, when looking at a sea from a shore, the part of the sea closest to the horizon is called the offing.

In many contexts, especially perspective drawing, the curvature of the Earth is disregarded and the horizon is considered the theoretical line to which points on any horizontal plane converge (when projected onto the picture plane) as their distance from the observer increases. For observers near sea level, the difference between this geometrical horizon (which assumes a perfectly flat, infinite ground plane) and the true horizon (which assumes a spherical Earth surface) is imperceptible to the unaided eye. However, for someone on a 1000-meter hill looking out across the sea, the true horizon will be about a degree below a horizontal line.” – source